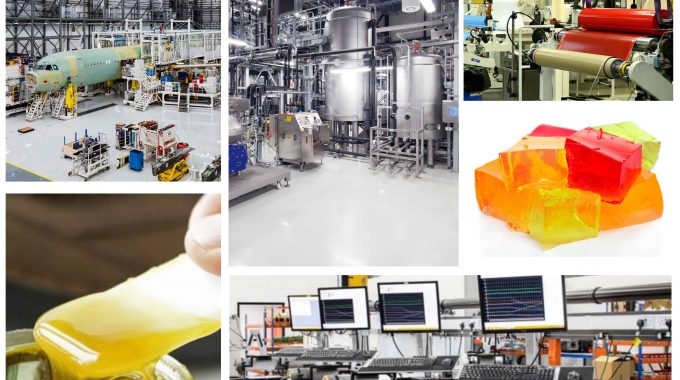 Gelation/gel-transition is the formation of a gel from a system with polymers. Branched polymers can form links between the chains, which lead to progressively larger polymers. At that point in the reaction, which is defined as gel point, the system loses fluidity and viscosity becomes very large.

Gelation is the process of formation of gel from sol. Sols are produced either by growing nanoparticles within the liquid or by dispersing the nanoparticles in the liquid. Gel is a solid-like material in which a solid network of interconnected nanostructures, which span the entire volume of a liquid medium. A sol can become a gel if the dispersed nanoparticles join together to form a network that extents the liquid.

Gel is a non-fluid colloidal network or polymer network that is expanded throughout its whole volume by a fluid. A gel has a finite, usually rather small, yield stress.

Processes like gelation can be followed in real time under desired conditions and the samples can be exposed to suitable chemical and physical stimuli.

In the development, gelation monitoring allows a researchers understand material behavior with respect to different formulations, how the reaction responds to the additions of catalysts or additives, and how the reaction rate changes at different temperatures.

Gelation in food is defined as the process in which the liquid is converted to the gel. A gel is considered as the liquid that has been suspended in a solid.

The gelling capacity of food proteins is an important functional attribute for food manufacturing. Large numbers of important foods are gels in which the gelling ingredients are proteins. Together with pectins, starches and gums they form strong gels. The food industry uses different proteins to produce gels or gel-containing products which exhibit various rheological properties, appearance and gel point. Gelation is a basic process in the processing of various foods, milk gels, meat and fish products, other meat products, fruit jellies, bread doughs, pie and cake fillings, coagulated egg white and others.

It is also utilized as a thickener for puddings and also in fruit gelatin, candies, cakes, ice cream, yogurts, and more. 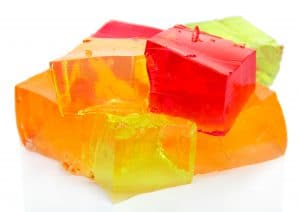 Supramolecular polysaccharide-based hydrogels have attracted considerable research interest recently due to their high structural functionality, low toxicity, and potential applications in cosmetics, catalysis, drug delivery, tissue engineering and the environment. Modulation of the stability of hydrogels is of paramount importance, especially in the case of stimuli-responsive systems. It is a protein that is obtained by boiling ligaments, skin, and bones of some of the animals such as cows or pigs with the water. It is widely used in the formation of shampoos, cosmetics, and face masks.

Gels are also utilized in photographic film and as a coating material in vitamins and capsules.

A gel is a colloidal system in which the dispersed phase is liquid and the dispersion medium is solid. The nature of the gel depends on the coexistence between the liquid medium and the solid network. Few types of gels are hydrogels, organogels and xerogels.

Curing is a process during which a chemical reaction (such as polymerization) or physical action (such as evaporation) takes place, resulting in a harder, tougher or more stable linkage (such as an adhesive bond) or substance (such as concrete).

Cure monitoring methods give a significant insight to the chemical process and define process actions towards achieving specific quality indices and improvement of mechanical properties of the cured substance (for e.g. thermosetting resin-matrix composite materials).

Viscosity is the most important property for the first step of composite moulding, the fibre impregnation. During this step it is important to maintain the viscosity below a certain threshold in order to ensure good product quality. Using rheonics viscosity-based monitoring system it is possible to monitor this viscosity in real-time and in the mould in order to check that the fibre impregnation is progressing as planned. Then it is important to identify the gelation and the evolution of the Glass Transition Temperature (Tg).

Monitoring of the degree of cure of adhesives and resins is important for determining whether a particular batch of material has achieved the necessary mechanical properties, rather than just relying on manufacturers’ specifications and adjustment of process parameters. This is important in molding operations to determine when it is safe to demold the cured part and in composite manufacturing to determine when a laminated part is fully cured.

Major application areas are aircrafts, automobile parts, missile technology, high speed machinery, equipment parts and building constructions. In the development of raw resins, thermoplastic composites (TPCs) and thermosets, cure monitoring allows a researcher to see how the material cures, how fast it cures in response to different formulations, how the reaction responds to the additions of catalysts or additives, and how the reaction rate changes at different temperatures.

TPCs offer OEMs a unique opportunity to replace metals such as steel and aluminum with a lightweight and advanced material that offers excellent formability, corrosion resistance, and strength. These properties ensure TPCs are in high demand as they allow designers to create lighter aircraft, faster cars, and stronger oil and gas pipes, windmills and turbines.

For the manufacturers of SMC/BMC and prepregs, cure monitoring is largely used to check consistency of the product, as assurance to their customers that these products will cure as expected. The most interesting manufacturing applications are often with the ultimate end users of thermosets and polymers. Many aerospace projects use composite materials because they are very light and very strong. In aerospace applications, different sections of single, large composite parts can cure at different rates because of varying thicknesses and thermal conditions. Cure monitoring provides information for adjusting the process temperature, therefore ensuring that a large part cures uniformly.

Spacecraft components such as fuselages and heat shields use composites because of their unique combination of high strength and low weight. Even more than for aircraft, the safety requirements for spacecraft are paramount and cure monitoring can document that a life and mission critical component was manufactured to specification. 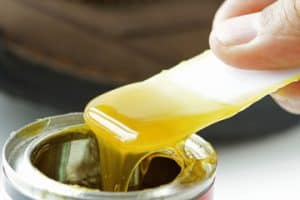 Pot life and working life are often taken to mean the same thing, but that is not always the case.

Pot life is defined as the amount of time it takes for an initial mixed viscosity to double, or quadruple for lower viscosity products (1000 cPs). Timing starts from the moment the product is mixed, and is measured at room temperature.

Working life, on the other hand, is the amount of time an epoxy remains low enough in viscosity that it can still be easily applied to a part or substrate in a particular application. For that reason, working life can vary from application to application, and even by the application method of the epoxy, so there is no uniform method for quantifying this property.

Pot life can act as a guide in determining working life by providing a rough timeline of viscosity growth, remembering that viscosity doubles for every pot life value.

Gel time is another term that is often used interchangeably with pot life, although there are some differences. Both terms are used to describe the thickening of an epoxy after it is mixed, but gel time is often tested at elevated temperatures as well. Gel time is determined by heating the epoxy and observing when it starts to become stringy, or gel-like, though not quite fully cured. It will most likely be at a higher viscosity the end of its pot life measurement. This value can be useful for manufacturing purposes if one needs to move a part before the cure is complete, but does not want any shift in a component placement. It is not, however, a standard quality control test and should be determined experimentally in each application, if needed.

Cure time refers to the length of time needed for something to fully cure. Many substances need cure time to fully cure. Examples are: epoxies, glues, resins, concrete, etc. In a rubber compound, cure time is the length of time to reach optimum viscosity or modulus at a certain temperature. In an adhesive, it is the amount of time required for an adhesive to cure fully. If an adhesive is not fully cured, the bond will fail. Cure time is very useful for checking the substance’s durability.

Viscosity measurement is an extremely useful technique for quality control.

Viscosity measurement obtained with an inline viscometer can provide an excellent QC benchmark and ensure QA/QC of the process and end-product. Viscosity sensors can be used in characterizing the material’s rheology/ R&D and QA/QC of epoxies, resins and composite resins which are used in a wide range of applications and industries. Viscosity monitoring during gelation of epoxies can provide insights into the working time, pot life of materials, gel time and cure times. 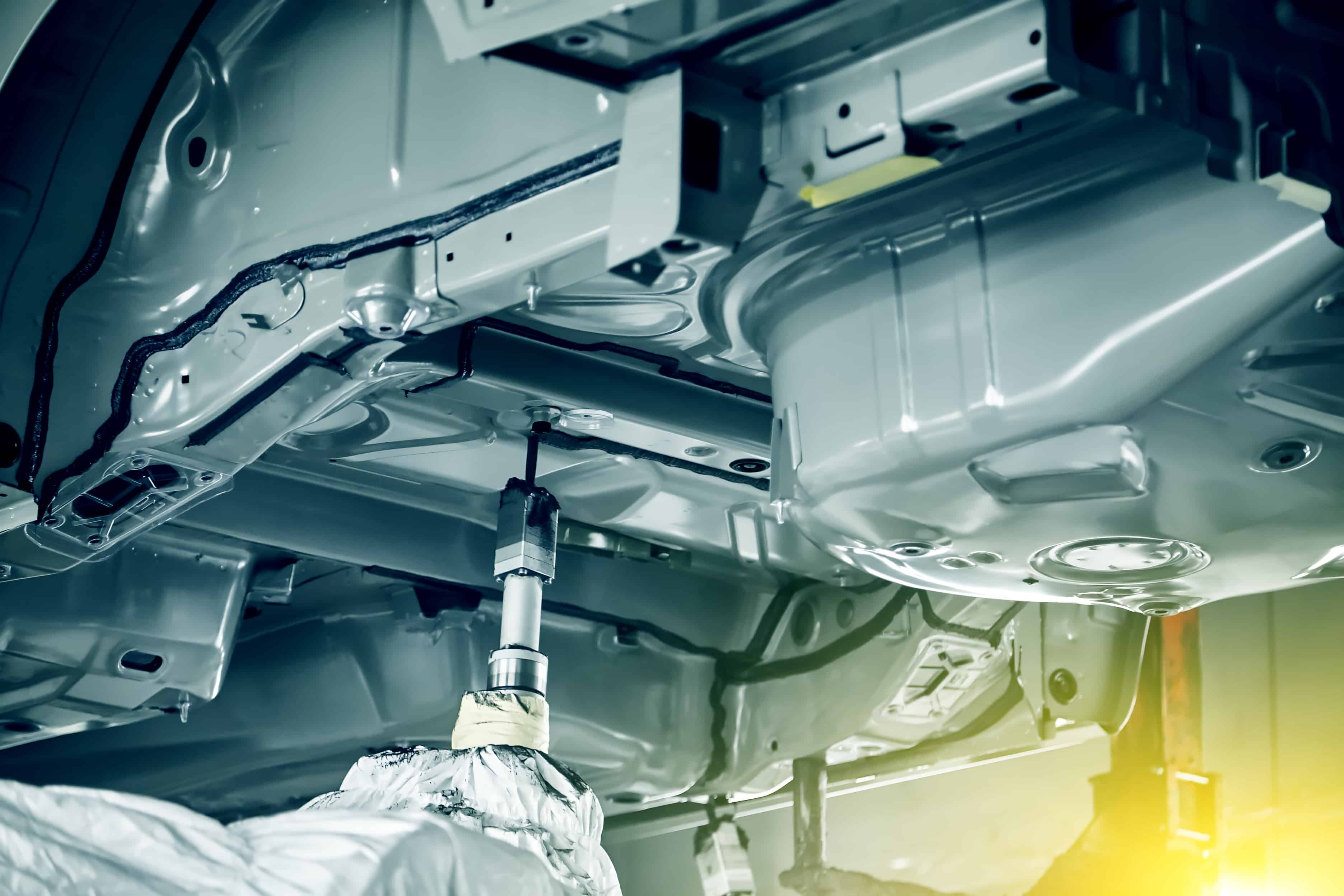 Sealants and adhesives viscosity & rheology in formulation, testing and application

Adhesives and sealants are used widely for joining , protecting and sealing systems in construction, manufacturing and maintenance. This industry… 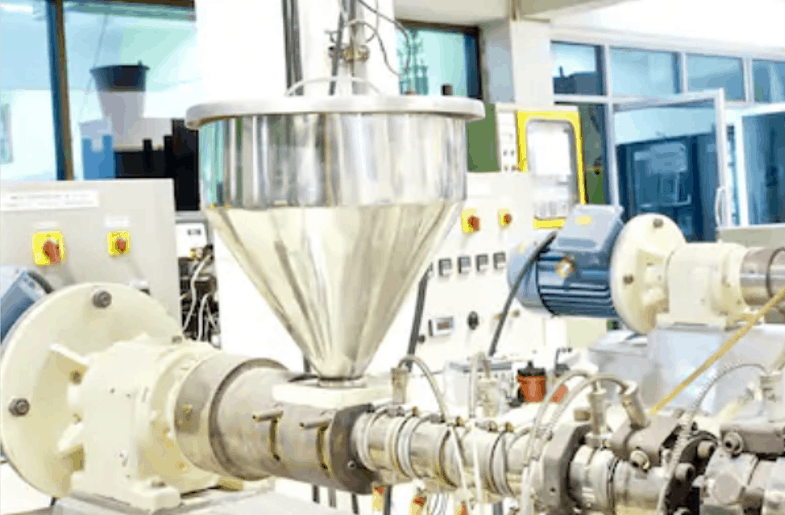 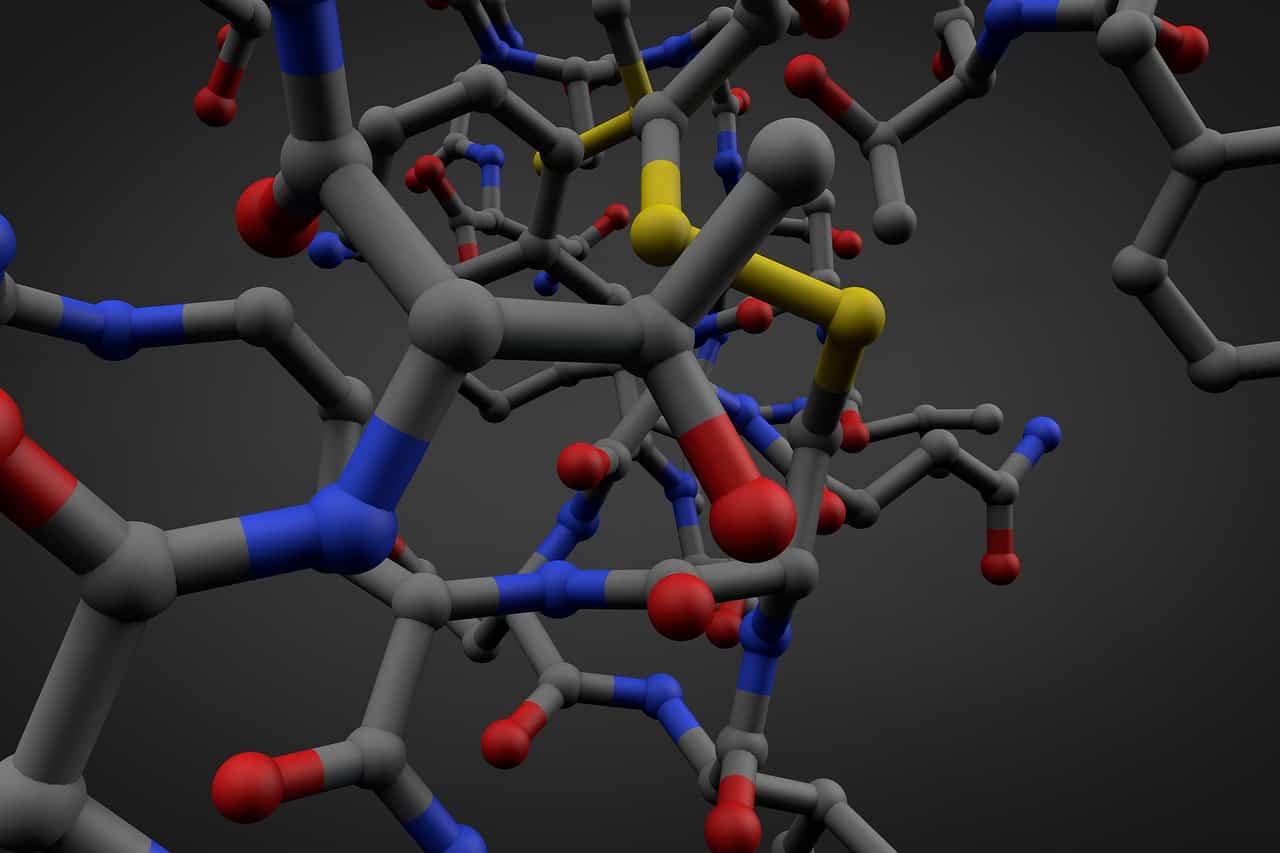 Unique advantages with the SRV/SRD

High stability and insensitive to mounting conditions: Any configuration possible

Rheonics SRV and SRD use unique patented co-axial resonator, in which two ends of the sensors twist in opposite directions, cancelling out reaction torques on their mounting and hence making them completely insensitive to mounting conditions and flow rates. Sensor element sits directly in the fluid, with no special housing or protective cage requirements.

Rheonics’ RheoPulse software is powerful, intuitive and convenient to use. Real-time process fluid can be monitored on the integrated IPC or an external computer. Multiple sensors spread across the plant are managed from a single dashboard. No effect of pressure pulsation from pumping on sensor operation or measurement accuracy. No effect of vibration.

Directly install the sensor in your process stream to do real time viscosity (and density) measurements. No bypass line is required: the sensor can be immersed in-line; flow rate and vibrations do not affect the measurement stability and accuracy.

SRV and SRD are intrinsically safe sensors certified by ATEX and IECEx for use in hazardous environments. These sensors comply with the essential health and safety requirements relating to the design and construction of equipment and protective systems intended for use in potentially explosive atmospheres. The intrinsically safe and explosion proof certifications held by Rheonics also allows for customization of an existing sensor. Custom sensors can be provided for applications that require one unit up to thousands of units; with lead-times of weeks versus months. 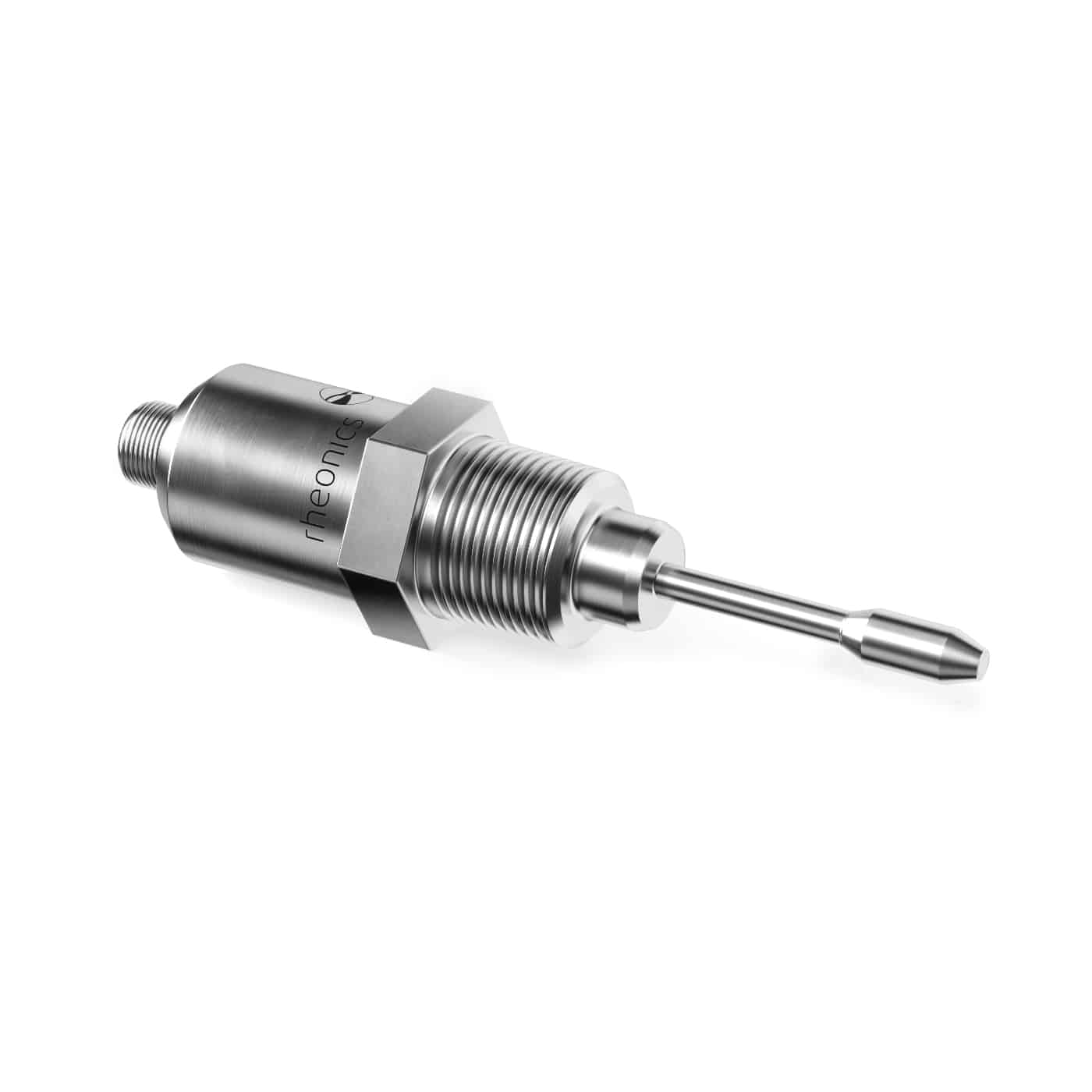 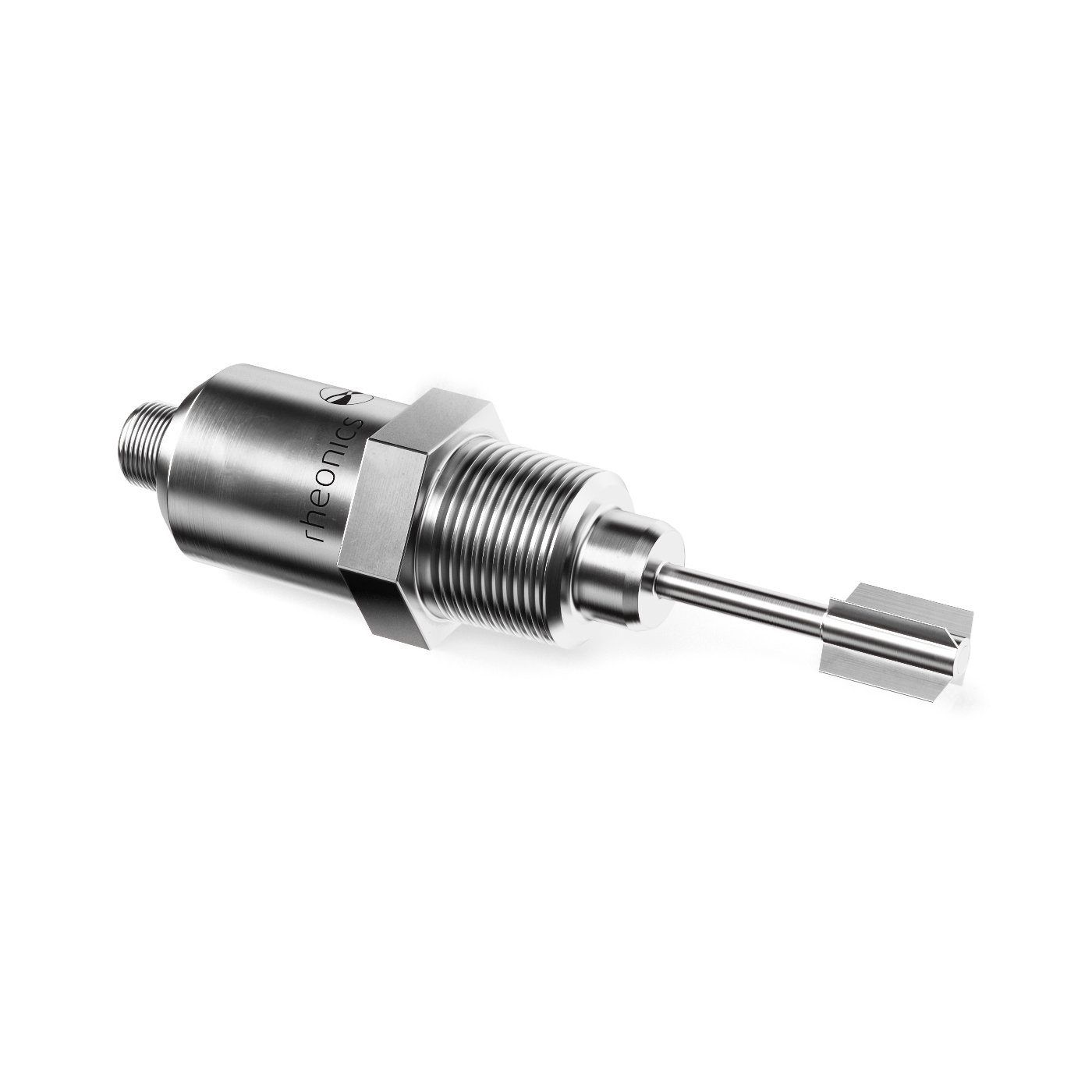